gallery The Talented and Beautiful Women of Chuck and More…

Hollywood is blessed with some of the most talented and beautiful women in the industry, but it also provides some interesting characters once the cameras are off. One of the best things Astronaut Wives Club offers is a glimpse into a world where the fake can be easily exposed. When a world realizes the illusion they try to display can be gone in an instant.

There are many actresses that play the part of a beautiful woman, but can’t act if their lives depended on it. They deliver with the physical aspect of things, but can they move an audience in such a way where they leave the theater moved by grasping the motive of the character. It’s what makes women like Sigourney Weaver so talented. Glen Close is awesome because she can play multiple personalities, but instead Hollywood force feeds us women like Alicia Silverstone on us because she is sexy, but so is Elizabeth Hurley who can act and is beautiful. Kate Hudson in the movie Alex and Emma was outstanding. Diane Lane and Catherine Zeta Jones all great actresses that work on their craft. Olivia Wilde is another example of beautiful and talented. 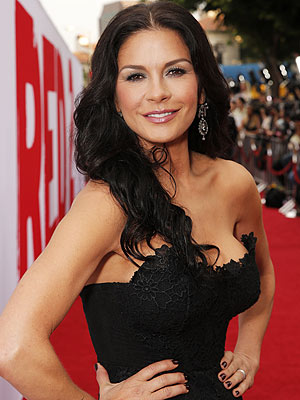 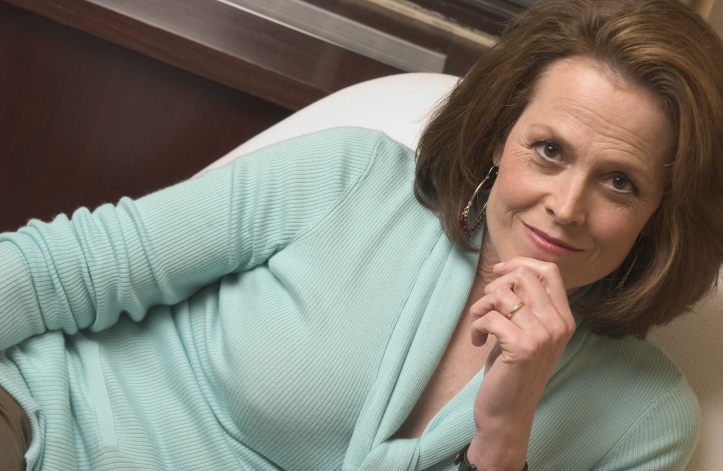 The ability to transform a character from script to what we see as a finished product can be a challenging burden for a performer especially for women.  Women like Scarlett Johansson, who gets promoted by Hollywood as a mega star, but until Lucy came out was typecasted for a little bit or forced to watch Keira Knightly give her annual monologue that makes a male character look rather sheepish afterwards, but talented Lena Headey is just as talented, but doesn’t get the recognition she deserves much like Chuck Alum Lauren Cohen or Ivana Milicevic. 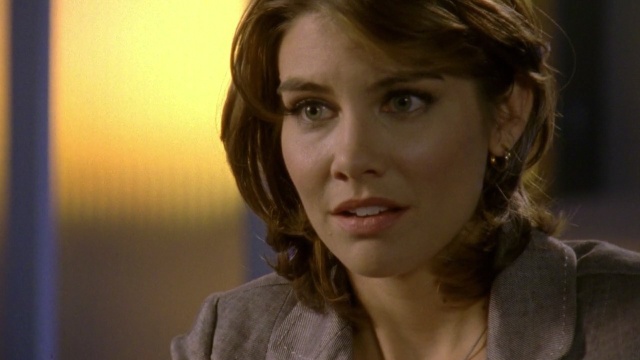 The reason I bring Lena into the mix is she has a connection with Chuck in the form of Summer Glau in Terminator the tv series. 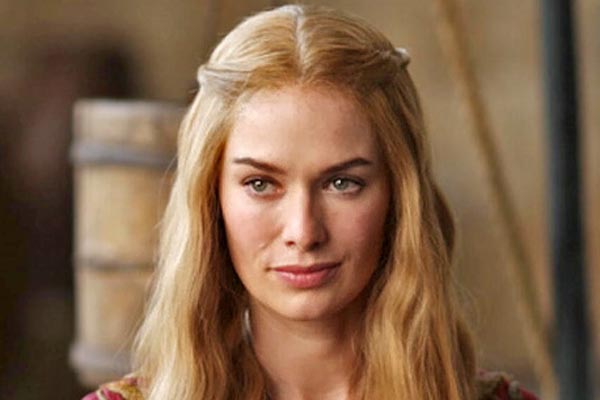 Well, the truth is not everyone has the ability to accomplish a powerful scene that leaves an audience wanting more. What does it take to acknowledge what the performer is trying to convey through words or nonverbal communication, but still maintain their beauty at the same time. It takes years of training, but its more complicated then that because it means working on your craft, finding time to have fun, but researching how their next role is supposed to be authentic. For example, the two best actresses of my time are these two ladies, 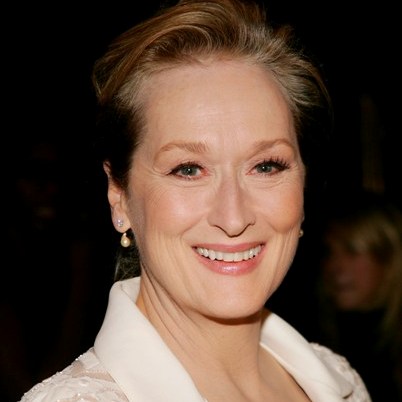 Kate Winslet and Meryl Streep both show their acting range when they can play all kinds of roles, and deliver their characters in ways that bring them to life. Is there anything better then watching Devil Wears Prada and say, wow! Miranda is vindictive in everything she does. 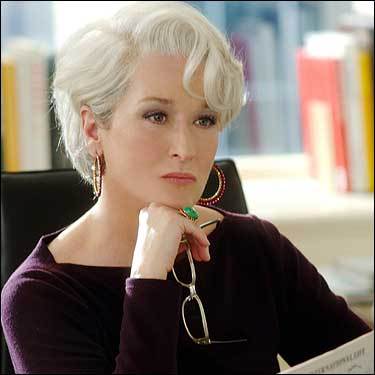 While she may be the proverbial evil boss, we saw why Streep is becoming a mainstay on Oscar Ballots.  We saw a character mean on the surface, but goes through real life situations like the rest of us, but being the top dog of not only her own company, but the industry makes her come off brash. On the other hand,  Kate Winslet goes about it from a different perspective. 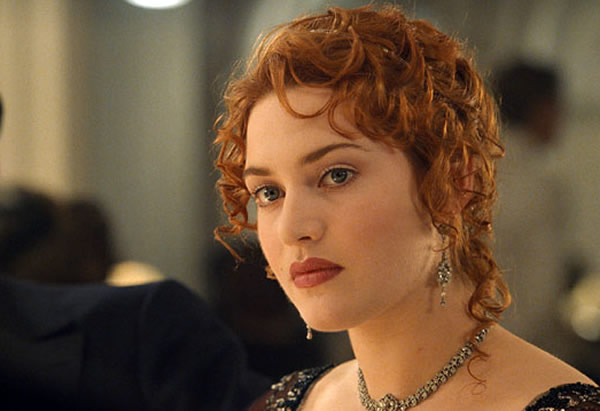 Kate’s big role will always be as Rose Bukater, in the movie Titanic, but how many people saw The Reader? The acting she did was exceptional.  Kate’s character beds a young man in reward for reading to her. A woman who was ilterate, and took great pride in hiding that fact from the world, but as the young man grew older and witnessed his former lover being put on trial for her crimes in the Frankfurt Auschwitz trial, he figured out that fact about not being able to read. The relationship was strained, but while they grew apart they still wanted each other. His love for her made him record every book he had and sent it to her.

The reason they grew apart was because she left him when he was young without saying goodbye or leaving a note. Something he never forgave her for. While serving her time in prison,  she taught herself to read. and left him a note before she died. It’s a great store, but the emotion and acting would end up making Winslet a winner of an Academy Award for her role in The Reader.

Her most recent role worth mentioning is in the series Divergents, in which she plays Jeanie, a ruthless leader who brainwashes the country in believing anyone that went against the government would be cast as divergents and would be imprisoned or worse. While I mentioned about Meryl Streep’s role as Miranda, this role for Kate Winslet is a bit of a different role altogether, but it worked

A new actress thats making it a point for me to see all her work is Rebecca Hall, My favorite role of her is in the movie The Promise, Rebecca plays a wife of a industrial big shot played by the talented Alan Rickman, she falls in love with her husband’s apprentice, but they don’t have an affair, but make a promise to be together after her husband passed as he was an older gentleman. It’s a great display of restraint on both lovers part in keeping her vows to her husband despite her deep devotion to his apprentice.

Now, you’re asking yourself what does this have to do with Chuck? Well, my friends Meryl Streep and Kate Winslet are the essence of acting because they put the work into their roles. They portray and bring to life the character much like Yvonne, Sarah and all the other great women we watched throughout the series.

The collection of women the series of Chuck had were outstanding, but there is something more to it than just being beautiful. All the actresses in Chuck can perform. They brought to life their respective characters much like Meryl and Kate do except Hollywood doesn’t promote the women of Chuck like they should instead they cater to women like Jennifer Lopez, whose talent only is beneath her clothes. People flock to Jennifer’s movies because they know she is beautiful and that’s all that matters.

Jennifer Lawrence is another one. What contribution to acting has she done? She picks the same roles in which she thinks for herself, which from many reports is how she has become in real life. A bona fide diva. Yet, every single time we see the women of Chuck they have genuine smiles. Genuine happiness that occurs both on and off camera. 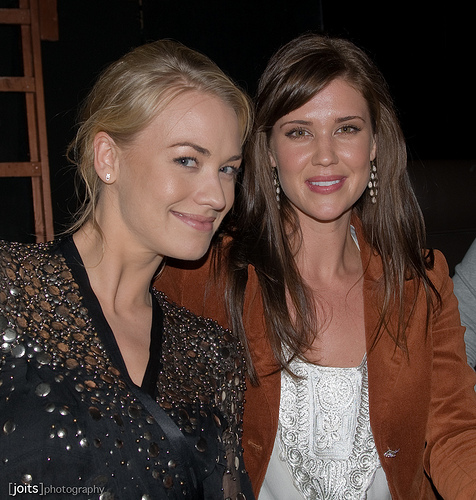 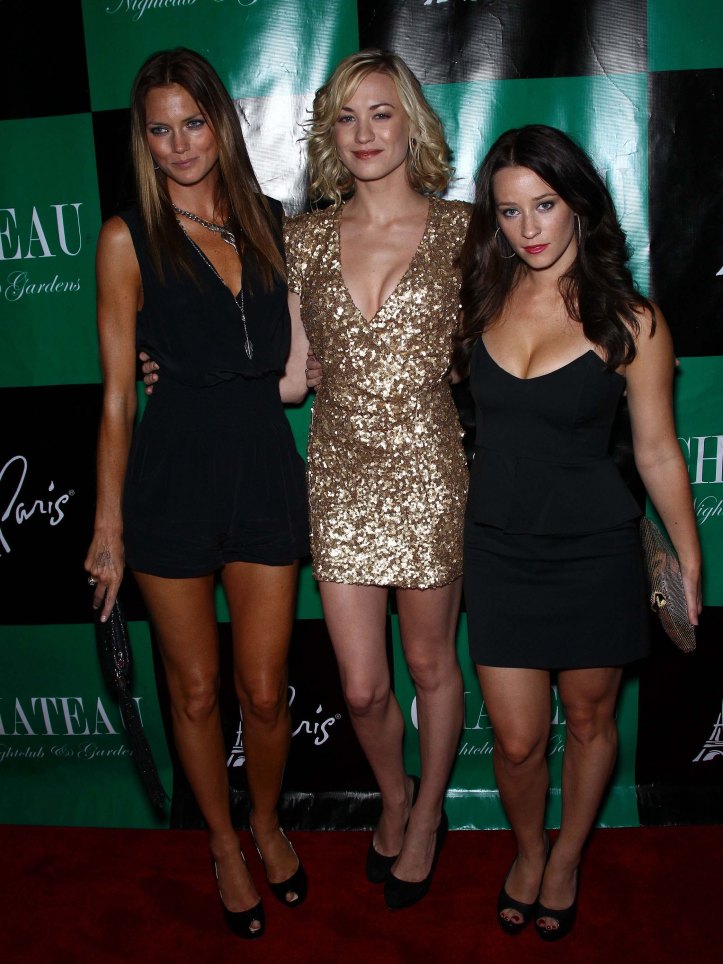 The closeness these women went from a working relationship into a real life sisterhood. A far cry from the reports Beverly Hills 90210 actresses. There was hatred for Shannon Doherty  because of her attitude on set. Same goes for Sarah Michelle Gellar on the show Buffy the Vampire Slayer. While Sarah Michelle gets great roles, a fellow cast member Eliza Dushku has the proverbial kiss of death when it comes to television series.  Why do I bring up Eliza because she is Beautiful and Talented, but she has a Chuck connection in the form of Bryce Larkin or should I say Matt Bomer worked with on her  television show Tru Calling. A series that fell victim to lack of ratings, but oddly had great fans. 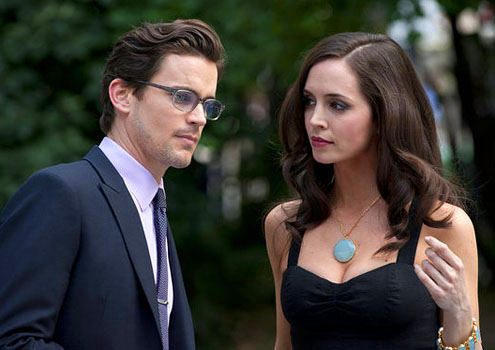 Yet, these women did get along and became  a sisterhood, and not just the main stars, but guest stars as well Mercedes Mason, Yvonne Strahovski, Sarah Lancaster, Mini Anden and Mekenna Melvin are always seen doing things all over their Instagram accounts, which are also very nice to see the world from their eyes. There adventures and family lives all for us to see. It shows they don’t mind sharing their lives with us.

It also helps that Mini and Sarah have kids and beautiful children at that.

However, while they are rounded off camera, they create magic in front of the camera. 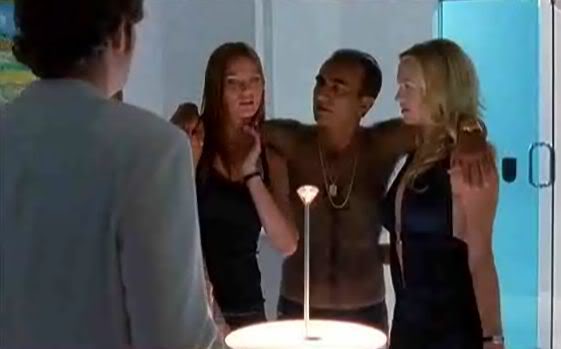 Emotional scenes like these, Scenes that are not forced or over acting needed to sell the scene. 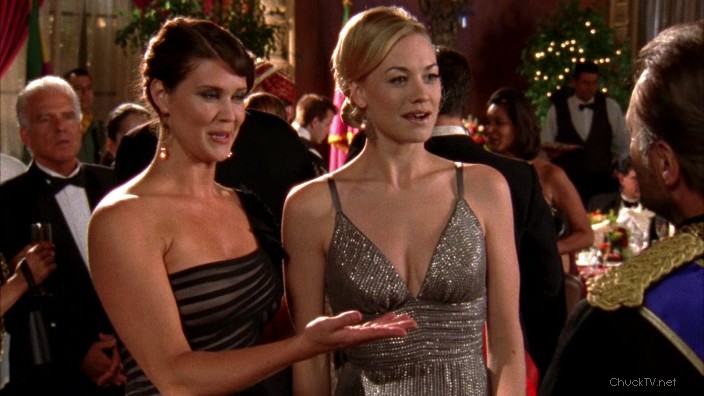 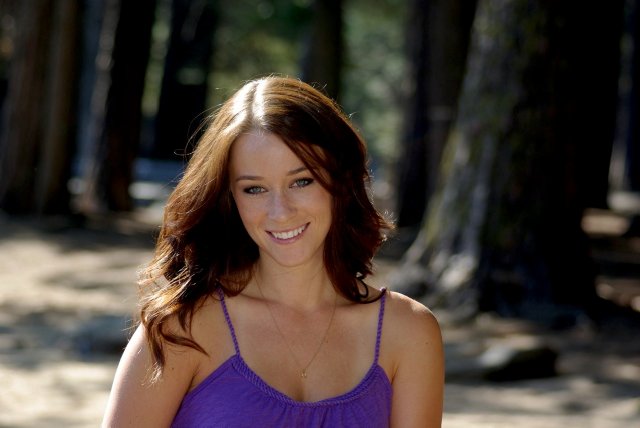 All these women can deliver and make a person feel great inside because not only are they beautiful, but we don’t get bored watching them. We don’t miss anything they do, and most specifically they are the kind of women that are treated like family because for a lot of us that’s what they are family connected by five simple letters Chuck.

Greatness comes in many forms, and with that comes responsibility to stay true, but not everyone can balance the two. While Hollywood tries to sell us terrible actresses, Natalie Portman is worth every dollar she gets not like Mila Kunis who is a bore for me. 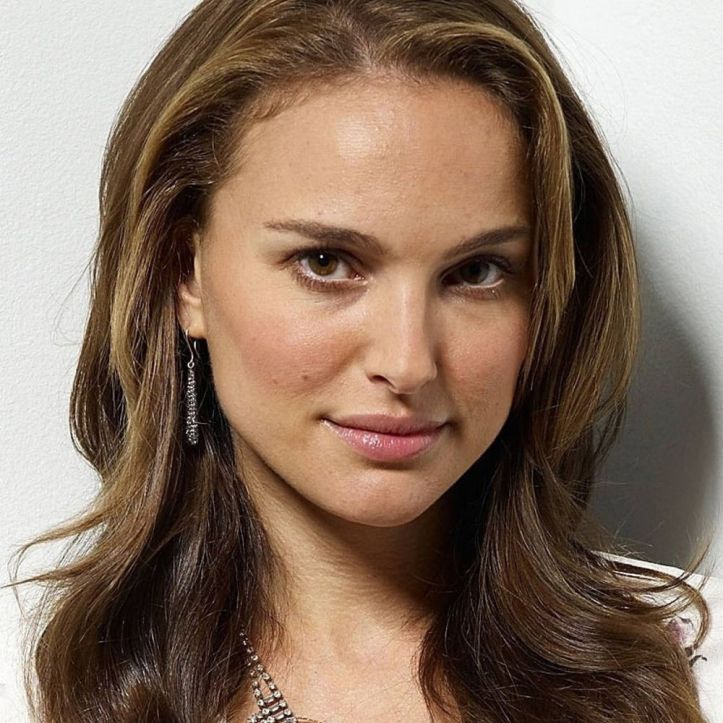 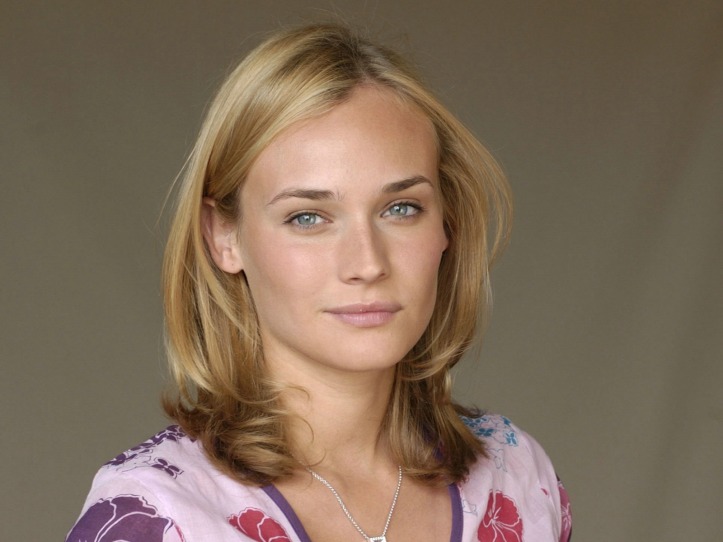 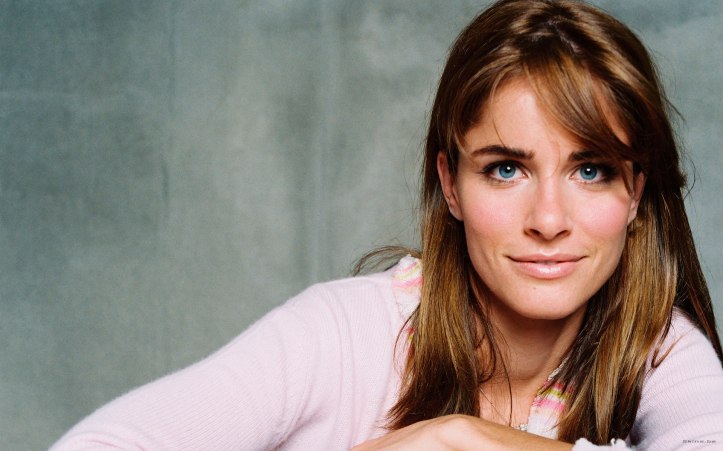 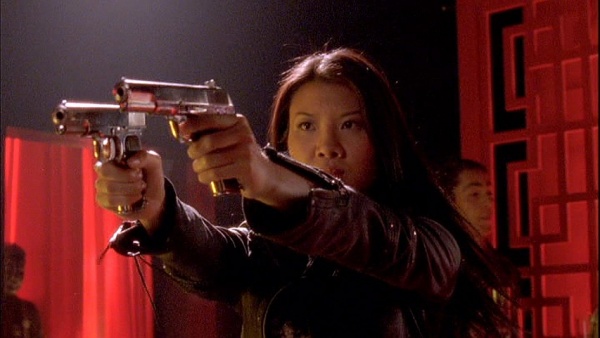 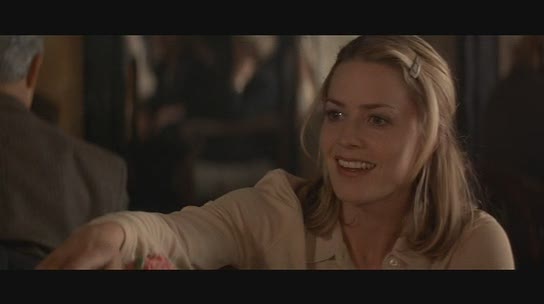 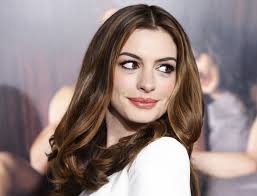 Talented and beautiful women are much better to watch perform then women that are simply performing because of looks.

Chuck Moment Of The Day